A huge thank you to everyone who attended the Hicks Nurseries Pet Parade today! We LOVED seeing all of your fur babies dressed up in their Halloween best!

1st Place: Otis the bulldog dressed as the Pope.

2nd Place: Butters the Fresh Bulldog dressed as a Aladdin. 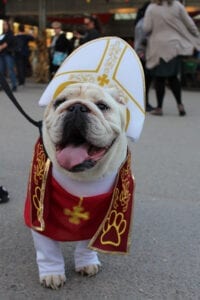 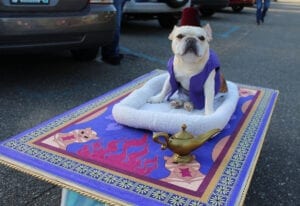 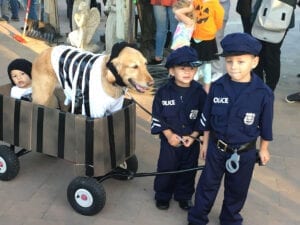 From a dog dressed as the Pope to a cat dressed as a witch we saw a number of creative costumes at today’s Pet Parade & Costume Competition. Proud pet parents were glowing as they showed off their beautifully dogs and cats to the crowds of friends that lined the parade route through the nursery.

See more pictures of the boo-tiful pets in their costumes by visiting our Pinterest board.

We use cookies to ensure that we give you the best experience on our website. If you continue to use this site we will assume that you are happy with it.Ok